Jack Watkins worked in the construction industry and became an active union organiser and advocate of Occupational Health and Safety, and of worker’s rights and conditions.
In 1982 Jack was appointed to the State Government Asbestos Advisory Committee and remained a member until he died. With local residents, Jack fought both State and Federal governments for the clean-up of the Islington Rail waste site, and its conversion into a public park. Due to their efforts, this site was finally cleared of toxic wastes, including asbestos. It has been landscaped and named the Jack Watkins Memorial Park, and stands as a tribute to workers who have died from an asbestos related disease.

1982 – 1988 Jack was organiser for the Builders Labor Union and then picked to work for Trades & Labor Council.

In 2005 The Asbestos Diseases Society of South Australia was formed and Jack became President of ADSSA.

Jack campaigned against the dangers of asbestos for many decades in South Australia. He sadly passed away 16th October 2007, but the Jack Watkins Memorial Park will always stand as a very special tribute to “Asbestos Jack” as he was known by those in the building industry and unions. Each year the Asbestos Memorial Day is held at Jack Watkins Park. Jack will always be remembered for his contribution to his tireless and never-ending fight against the use of asbestos in the building trade and all areas of raising Asbestos Awareness.

Although sadly missed by everyone who knew him and of his work, that work continues to be carried out by many people who are dedicated to fight for the cause. 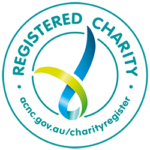